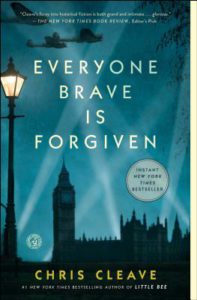 93 thoughts on “Everyone Brave is Forgiven”