I hope this short video will be my abiding memory of the Emirates Airline Festival of Literature 2016. It’s taken during a masterclass I taught on character psychology. I’d just split the participants into random pairs and invited them to ask four specific questions to get to the heart of the other person’s character. The participants were Emiratis, Palestinians, Australians, Pakistanis, Indians, Europeans and Americans, and they came from all walks of life. Some were writers, some beginning to think of taking that step.

Having only met each other ten minutes previously, isn’t it amazing to see how readily everyone engaged with each other and with the task? They worked so hard and produced some winning ideas for novels and non-fiction projects. It’s good to know that some of these people will be keeping in contact with each other.

The 2016 edition of the Festival was the best I’ve attended: the most diverse, the biggest, and the most inter-culturally curious. I would like to say a huge thank you to the incomparable Isobel Abulhoul, to the superhuman management team, and to the incredible 1,200 volunteers who gave their time and energy to provide the Festival with its beating heart.

Thank you to Jo Browning Wroe and Annabelle Corton for moderating my sessions so brilliantly, and to Ghada Karmi for being fascinating in the session I was honoured to moderate for her.

Thanks too to every bookseller who worked so hard and so cheerfully to match books with their readers at extraordinary speed in the mad scramble after every session.

Thank you to every reporter who covered the Festival on TV, on radio and online, and who let people be involved who couldn’t be there.

I’d also like to thank my fellow writers for their many kindnesses during the week. Underneath everything it is a vocation and not a career.

The highlight of the Festival for many of us was Education Day, in which pretty much all were able to make our school visits despite the thunderstorms and flooding. I loved talking with the students and faculty at Universal American School, where the young people were effervescent and gave all kinds of hope for the future. 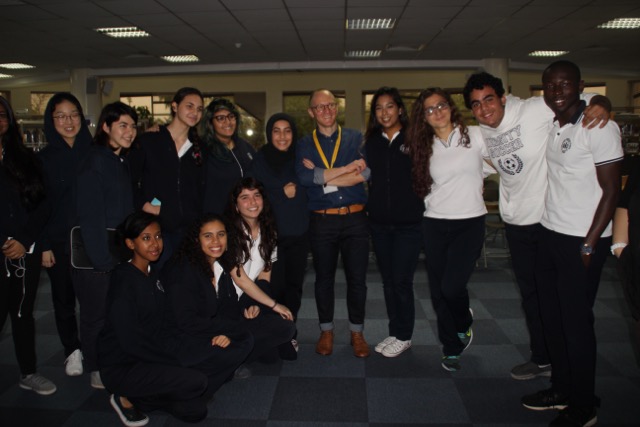 Most of all I would like to thank every single one of the readers I had the pleasure of meeting in the sessions and the signings. More than anyone, it was you who made the Festival. Thank you for coming in such great numbers. Thank you for engaging with books. Thank you for your questions, which were so lively and insightful that every Q&A was a blast. Thank you most of all for your smiles and your tremendous warmth in the signing lines. There is no better moment than when writer and reader shake hands over a book, since each have brought so much of themselves to it. 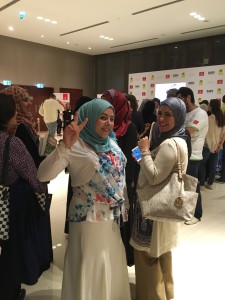 Safe journey and good health to everyone traveling away from the Festival today, and to everyone staying in Dubai. I’ve no doubt many of you, like me, are feeling that contrary post-festival syndrome of being exhausted and yet freshly energised. The only known cure, of course, is reading and writing: all my good wishes for both.

Until next time, with grateful thanks,