Beneath the nation’s self-exculpatory fury at its former leader, there is something rotten and frightening about the reaction to the Chilcot Report.

Yes, Chilcot has Blair bang to rights. Yes, Blair is unreformed and solipsistic in his conviction that belief trumps reason. Yes, it is right that a nation should acknowledge the sins of its past to guard against repetition.

But it is in this last respect that the reaction to Chilcot should terrify us. There is knuckle-dragging primitivism in the vehemence with which the nation seeks to vest in the person of Tony Blair all causality, all blame and all transformative possibility of redemption. These are dark and divided days for our kingdom. Our harvest has failed and finally the culprit has been decried by a powerful sorcerer: the devil is our former king and as soon as he is burned in the public square, the gods will favour us again and our crops will flourish.

And yet it is wilfully wrong to pretend that Blair, singlehanded – powerful though he was – forced a reluctant nation into a war of choice. It is beside the point that he exaggerated the case for war, because the whole decision making apparatus of the country knew that case to be confected. The press was full of it, dinner parties buzzed with it, Charles Kennedy nailed it, and Robin Cook resigned over it.

Fully aware that the rationale for war was missing, the Commons voted for war anyway – the majority of MPs animated by realpolitik and the belief that their constituents largely supported the war and would not punish them for it at the next election. In this belief they were confirmed correct two years later, in 2005, when both the ruling party and the opposition that had supported the war were returned largely intact. 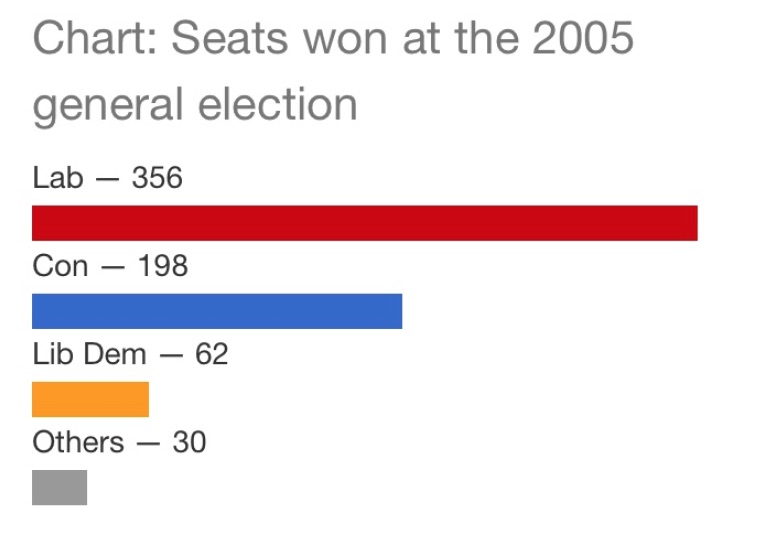 If we really want to learn from what went wrong then this one awkward result, not the 2.6 million words of Chilcot, is the smoking gun. Although the liberal part of the country opposed the war and famously marched against it in great numbers, it is an act of honesty to remember that this was (and arguably still is) a minority of the electorate, safely ignored by most MPs. When it came down to it, tacitly on the eve of invasion and formally two years later, the most significant decision of Blair’s premiership was overwhelmingly endorsed by an acquiescent public who must now reflect in private.

Blair was Britain’s bellwether and its talisman. The nation’s blood seemed to flow through his own arteries. From “education, education, education,” via “she was the people’s princess” to “shoulder to shoulder with our American friends,” he enshrined and embodied the public mood. We deceive ourselves, and condemn our nation to future disasters, if we now pretend that Blair, but not Britain, lost the plot. Our tragedy and Iraq’s is not that Blair misjudged the British public’s modern appetite for recklessness, but that he judged it perfectly.

Everyone these days claims to have opposed the Iraq war, just as ten years from now it will be hard to find anyone who admits to having voted for Brexit. (Like Woodstock, if everyone who claims to have been on the march against the war actually had actually been, they’d have had to find a bigger venue.)

The truth is that a substantial part of the public in 2003 and 2005 chose to believe what they were told by the media players who, even today, continue to be the kingmakers in Britain’s democracy and the architects of British policy. If we sincerely want to safeguard against another Iraq war – or another Brexit – then hanging Blair out to dry is not the same as washing our dirty laundry.

Until Britain is brave enough to clean up its Bermuda triangle of money and media and power – that undemocratised space where rationality mysteriously disappears – then a working majority of us will continue to be willingly led into calamitous decisions by knaves and holy fools.

2 thoughts on “On the folly of only blaming Blair”