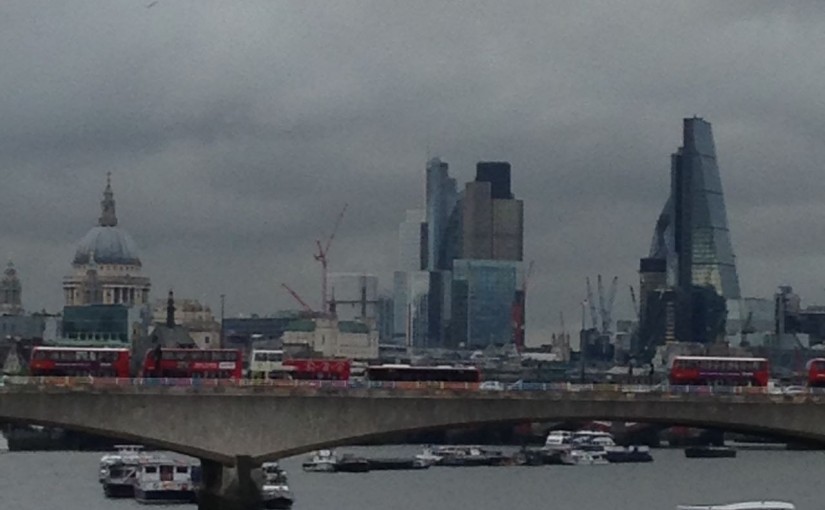 I wrote a book that Newsweek called “arguably the strangest epistolary novel ever written.” The novel itself is eerie enough, and the grotesque coincidence of its publication made it even stranger.

I drafted Incendiary during six insomniac weeks in the spring of 2004, when my first child was six months old and I looked with horror at the world he was growing up into. This was the time of the train bombings in Madrid, and the snickering torturers at the Abu Ghraib prison. The airwaves were filled with body counts and brutish ideologies, and I needed to write something to remind myself of the simple human cost of this folly. And I think I wanted my son, when he was older, to understand something of the febrile nature of the times he was born into.

I wrote about a terrorist bomb in London, because London is my city, and I wrote about the death of a child, because we all love our children. But when it was finished I suspected that Incendiary was too provocative, too vernacular, too sexually charged, and just too downright weird to be published.

In fact, against the odds and thanks to the courage of a number of journalists and readers who have been unswerving in their support, Incendiary has become an international bestseller. It is published in 20 countries. I get email in languages I can’t even identify. People seem to like the book, and yet it has proved strangely divisive. The Telegraph called it “triumphantly convincing” while the Observer damned it as “an insult.” The Washington Post hailed it as “a mesmerizing tour de force” but the New York Times found it “a simple case of tastelessness.” (Three days later, the New York Times called the novel “stunning in its portrayal of a city living with terror”).

For me Incendiary is none of those things. It’s a story about a woman who loses her son, with all the simple sadness you would expect.

I tried to make my heroine funny and generous, because I believe people generally are. I tried to make her clever, because I thought she needed to be in order to cut through the mire of political correctness and tell her story with insight. I got her to write her story as a plea against violence, directly to Osama bin Laden, because for a mother who had lost her son I did not see what could be more natural.

I’m told the excitement around the publication of Incendiary was unusual for a first novel. It was certainly exciting for me. For a week beginning on July 1st, 2005, advertisements were taken out in magazines, reviews appeared in newspapers around the world, and hundreds of posters went up on the London Underground featuring the smoking London skyline and the headline: “WHAT IF?” (I cringe to remember it. My god – really – what were we thinking?) Time Out proclaimed “Incendiary could well be this summer’s Piz Buin-spattered bestseller.”

At the launch party, on the evening of 6th July 2005, all my friends showed up. I got to bed at 4.00 am on the morning of the 7th. At 8.00 am I walked my son to his nursery, and at 8.50 am three suicide bombers detonated their devices in the London Underground. One hour later the fourth bomber hit the bus in Tavistock Square. More than fifty people died.

So, on my novel’s publication day something fearful happened in my city, something that suddenly made fiction unimportant. Regarding the attacks I can say nothing that the families of the victims haven’t already said – much more eloquently and poignantly than I ever could – because it is their story. Reality is a place where writers of fiction have no right to go, and the dead were real people.

What use is there in fiction in times like these? In the days after 7th July 2005, as the posters for Incendiary were hastily pulled down, the advertisements cancelled, my book tour shelved, and the novel temporarily withdrawn from sale by many UK retailers, I didn’t have an answer.

Well, now the book is back and so am I. I started writing again, after a few rather dark months when I swore off the habit. I have a new novel coming out this summer. I have found a simple and personal answer to my “what is the use?” question and it is this: I love fiction. I love writing, because it helps me think. And I love reading, because it lets me see how other people think. I believe that the good-humoured and effortful struggle to understand one another’s lives is at worst a good way to pass long journeys, and at best an antidote to violence.

Incidentally, I don’t hold out any such grand claims for Incendiary. I guess it will do very little one way or the other for world peace. As for the questions I’m always asked – do I think Osama will read it? And do I think it will change his mind? – my answers are, sadly, no and no. Instead I’m simply proud of Incendiary because I think my heroine is riotous and unforgettable, and if you read it I hope you’ll like her too.

83 thoughts on “The story behind INCENDIARY”